Why Use Meister Build Automation with Continuous Integration

Meister Build Automation accelerates Continuous Integration to improve the management, control and speed of the software compile and link process. Meister and scale to large compile requirements supporting over 20,000 builds per day.  Meister build automation improves your agile development by matching the adaptive and iterative nature of your source code changes with the quick compilation of your binaries. Meister Build Automation eliminates build bottlenecks caused by slow compiles, manual updates to scripts and errors common to a build process that is driven by static processes. It provides: 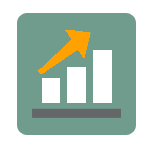 Meister Build Automation has the intelligence to drastically reduce your build times for full builds and down to a few seconds with accurate incremental builds. Meister uses Build Avoidance only re-building the source code that has been changed. So easy! Meister supports build acceleration for all supported languages including Java, .Net, C++, C-Unix and others including the ability to manage multiple .Net Solution files in a single parallel build stream.

When a build is executed in ‘audit’ mode, Meister Build Automation grabs the version control item history, showing in the audit report the artifact version information, which can be used to trace a change in a build back to a particular developer. Meister’s Build Insight exposes the source code and dependencies used to create your binaries giving you insight into the readiness of your software release even when the source is not stored in a version control tool.

OpenMake Meister’s Server Pool management features include the ability to automatically select the most efficient machine in the pool for the fastest processing possible.  You can use Meister’s in conjunction with Jenkins to scale your Continuous Integration across large build environment. And you can add Build Servers and Pools for load balancing as you need them keeping your cost low and managed.

Meister uses deep dependency scanning to make build decisions and to report on the impact of a potential software change. By running a Build with Impact Analysis enabled, a detailed report will be generated and can be shown ‘exploded’ going from source to binary or ‘imploded’ from binary to source.  Meister’s Dependency Management is used at multiple levels. It is used to accelerate builds with both Build Avoidance and building in parallel, and is used to audit the build, showing all artifacts used even when they are not stored in version control.

Meister uses playbooks and plugins, to create consistent build logic. After implementing Meister, a large Financial Service went from several hundred build scripts to less than a dozen playbooks. If an update needs to be made to one of the playbooks, it is done in a single location and shared by all. Meister was the first to use plugin and playbooks for standardizing compiles but not the last.

So, start accelerating your Builds today.  What are you waiting for?